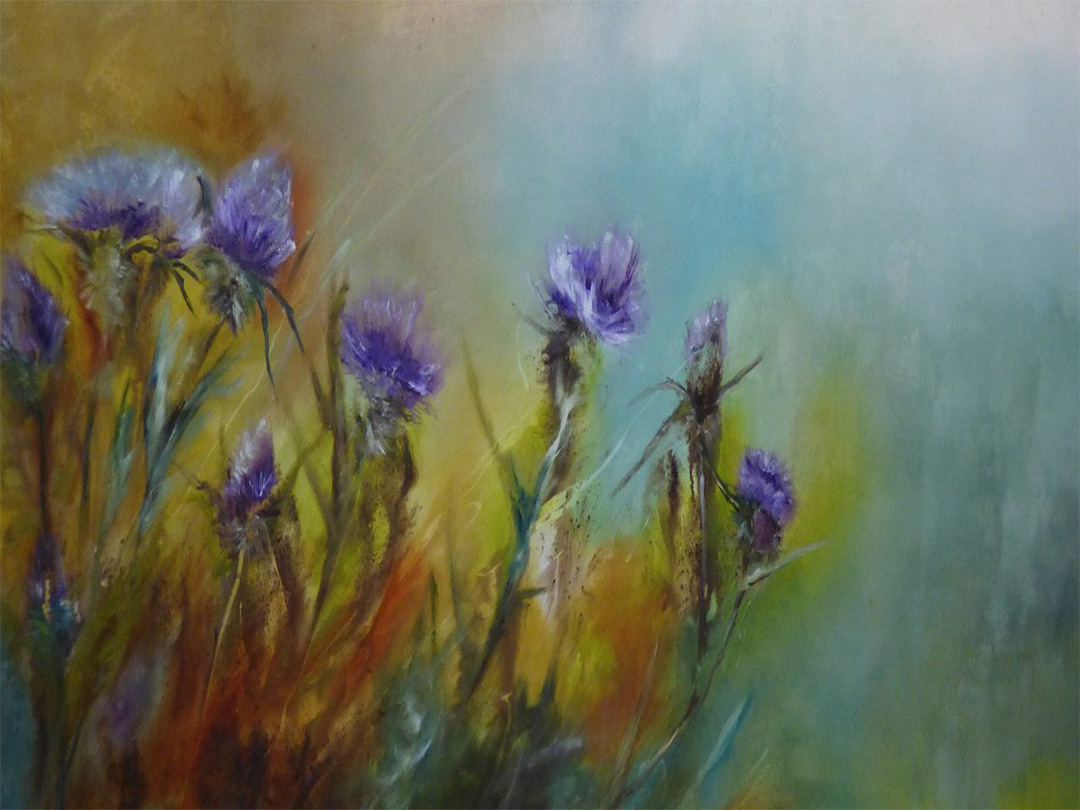 Heart disease, Cancer, Diabetes and Hypertension are higher in men than women. In fact, 80% of all sudden-death cases due to unknown heart disease occur in men. At higher prevalence in men include Lung disease from smoking, Cancer of the Lung, Colon, Bladder, Liver, Psychiatric disorders of Schizophrenia, Obsessive-Compulsive Disorder, and Suicide. All before we even get to Prostate Cancer. If this can’t convince you of the need for a Male Health Charity, I am not sure what could.

Scotland is a nation that has a devolved Parliament, plays an integral part in the UK’s economy and infrastructure, and has the talent here to do this. We believe being from the same community as the men we serve allows better communication. We value partnerships with Charites based in other parts of the UK (and globally), but they simply do not live in our community.

The critical thing to know is that Prostate Cancer caught early can be treated and cured. As the development of Prostate Cancer is silent until it spreads into the body, all men between the ages of 55 and 69 should be aware of very early signs. We can do that and do it in a Scottish manner.

Men play a critical, arguably the most important, economic role in most families. Without making judgments and getting into equality issues outside of our scope, losing a man’s wage to a family is universally negative. Men need a health champion focused on encouraging improved health and lifestyles here in Scotland.

Women need their men in their lives as we need them (we are a circle completing each other). It just doesn’t make sense to have only women’s health charities. It’s a team effort. Stay healthy together.

A side note and this will worry and should worry, even after a decade of work; still, women contribute more to us in volunteering and donations than men. Women play a more critical role in our Charity than men do. Crazy, right? Men often ignore us, and their wives will take some of the brochures and put them in his hand. That says something. We, men, need to do more.

← Prostatitis Our Thinking Coronavirus For Men → 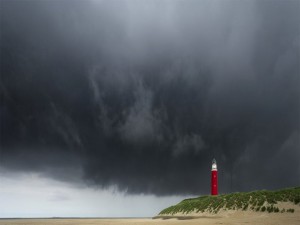 Coronavirus For Men. What is unique for men. 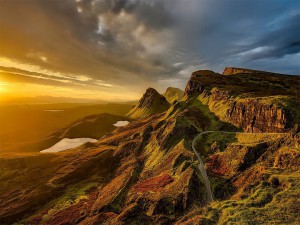 The impact of prostate cancer is far reaching in Scotland. 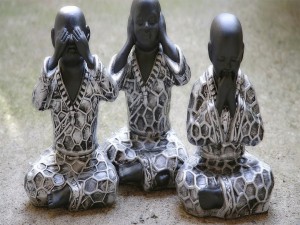 Prostatitis Our Thinking. Is it right what they say? 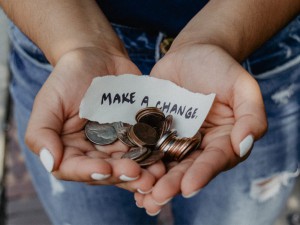 Why volunteering with us matters. Make a change.

Cookies consist of portions of code installed in the browser that assist the Owner in providing the Service according to the purposes described. Some of the purposes for which Cookies are installed may also require the User's consent.

Where the installation of Cookies is based on consent, such consent can be freely withdrawn at any time following the instructions provided in this document.

Activity strictly necessary for the functioning of the Service

This Application uses Cookies to save the User's session and to carry out other activities that are strictly necessary for the operation of this Application, for example in relation to the distribution of traffic.

Activity regarding the saving of preferences, optimization, and statistics

This Application uses Cookies to save browsing preferences and to optimize the User's browsing experience. Among these Cookies are, for example, those used for the setting of language and currency preferences or for the management of first party statistics employed directly by the Owner of the site.

Some of the services listed below collect statistics in an anonymised and aggregated form and may not require the consent of the User or may be managed directly by the Owner - depending on how they are described - without the help of third parties.

If any third party operated services are listed among the tools below, these may be used to track Users’ browsing habits – in addition to the information specified herein and without the Owner’s knowledge. Please refer to the privacy policy of the listed services for detailed information.

The services contained in this section enable the Owner to monitor and analyse web traffic and can be used to keep track of User behaviour.

This Application uses an internal Analytics system that does not involve third parties.

Content commenting services allow Users to make and publish their comments on the contents of this Application.

Depending on the settings chosen by the Owner, Users may also leave anonymous comments. If there is an email address among the Personal Data provided by the User, it may be used to send notifications of comments on the same content. Users are responsible for the content of their own comments.

This type of services allow interaction with social networks or other external platforms directly from the pages of this Application.

The interaction and information obtained through this Application are always subject to the User’s privacy settings for each social network.

This type of service might still collect traffic data for the pages where the service is installed, even when Users do not use it.

This type of services analyzes the traffic of this Application, potentially containing Users' Personal Data, with the purpose of filtering it from parts of traffic, messages and content that are recognized as SPAM.

How to provide or withdraw consent to the installation of Cookies

In addition to what is specified in this document, the User can manage preferences for Cookies directly from within their own browser and prevent – for example – third parties from installing Cookies.

Users can, for example, find information about how to manage Cookies in the most commonly used browsers at the following addresses:  Google Chrome, Mozilla Firefox, Apple Safari  and  Microsoft Internet Explorer.

With regard to Cookies installed by third parties, Users can manage their preferences and withdrawal of their consent by clicking the related opt-out link (if provided), by using the means provided in the third party's privacy policy, or by contacting the third party.

Notwithstanding the above, the Owner informs that Users may follow the instructions provided on the subsequently linked initiatives by the  ASA (UK), the  EDAA (EU), the  Network Advertising Initiative (US) and the  Digital Advertising Alliance (US),  DAAC (Canada),  DDAI (Japan) or other similar services.

Such initiatives allow Users to select their tracking preferences for most of the advertising tools. The Owner thus recommends that Users make use of these resources in addition to the information provided in this document.

Since the installation of third-party Cookies and other tracking systems through the services used within this Application cannot be technically controlled by the Owner, any specific references to Cookies and tracking systems installed by third parties are to be considered indicative. In order to obtain complete information, the User is kindly requested to consult the privacy policy for the respective third-party services listed in this document.

Given the objective complexity surrounding the identification of technologies based on Cookies, Users are encouraged to contact the Owner should they wish to receive any further information on the use of Cookies by this Application.

Information collected automatically through this Application (or third-party services employed in this Application), which can include: the IP addresses or domain names of the computers utilized by the Users who use this Application, the URI addresses (Uniform Resource Identifier), the time of the request, the method utilized to submit the request to the server, the size of the file received in response, the numerical code indicating the status of the server's answer (successful outcome, error, etc.), the country of origin, the features of the browser and the operating system utilized by the User, the various time details per visit (e.g., the time spent on each page within the Application) and the details about the path followed within the Application with special reference to the sequence of pages visited, and other parameters about the device operating system and/or the User's IT environment.

The individual using this Application who, unless otherwise specified, coincides with the Data Subject.

The natural person to whom the Personal Data refers.

The natural or legal person, public authority, agency or other body which processes Personal Data on behalf of the Controller, as described in this privacy policy.

The natural or legal person, public authority, agency or other body which, alone or jointly with others, determines the purposes and means of the processing of Personal Data, including the security measures concerning the operation and use of this Application. The Data Controller, unless otherwise specified, is the Owner of this Application.

The means by which the Personal Data of the User is collected and processed.

The service provided by this Application as described in the relative terms (if available) and on this site/application.

Small piece of data stored in the User's device.

This privacy statement has been prepared based on provisions of multiple legislations, including Art. 13/14 of Regulation (EU) 2016/679 (General Data Protection Regulation).

By continuing to browse or by closing this window, you accept this policy.